Thanks to the technology developed by FastWeb SpA - which provides broadband connectivity to support multimedia applications using the same protocols as the Internet - the TV set combines the functions of a normal TV receiver with those of a computer, enabling viewers to go online and enjoy on-demand access, with no time or space limits, to a rich and constantly expanding library of films, information, TV news, sport, theatre, cartoons and music videos, with the quality of digital sound and video.

"e.Biscom is the world's first telecommunications, Internet and online media provider to deliver a Video on Demand service on a fibre optic network implementing IP technology," said e.Biscom and e.BisMedia General Manager Barbara Poggiali. "The added value we offer is the ability to produce and manage high-definition content to meet the needs of different user groups. In just a few months, we have conceived and developed new media specifically for the Internet and reached major agreements with leading publishers andcommunication specialists."

The Web.DVD. The new Video on Demand service is supplied through the Web.DVD, a multifunctional device similar in size to a decoder, equipped with an infra-red keyboard and a remote control. Besides operating as a DVD reader, the Web.DVD offers two absolutely new applications: Video on Demand and broadband Internet access via the TV set.

Video on Demand. Through the e.BisMedia multimedia publisher and agreements with the industry's top players, e.Biscom has built up an extensive content offer to meet the full range of user requirements.

Simply by using the Web.DVD remote control, viewers can access:

- Nexos, the e.BisMedia multimedia channel which includes a rich film catalogue, as well as TV movies and programs, special reports, sport, concerts, theatre performances, cartoons and documentaries. To help viewers choose films, Nexos offers an innovative reference service with trailers and info sheets on plots, directors and actors. The Nexos archive will soon be expanded with hundreds of new items as a result of agreements with some of the leading Italian and international film producers and distributors;

The Web.DVD combines the functions of three home appliances - TV, video recorder and DVD - enabling viewers to develop their own "personal television".

Today, the content offering is available free of charge.

Broadband Internet browsing via the TV set. With the Web.DVD's infra-red keyboard, now even users with no computer skills can enjoy a very fast broadband Internet access via their TV set and send and receive emails.

With Internet Video, which provides for high-speed integrated transmission of data, voice, video and the Internet via a fibre optic network implementing the Internet Protocol (IP), FastWeb users equipped with a Web.DVD will soon be able to use other advanced digital services. 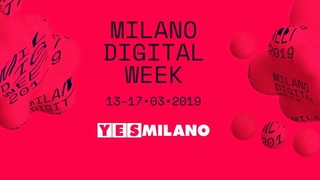